Social Anxiety and Phobias: The Role of Sphenopalatine Ganglion (SPG) Blocks in Finding Relief and Control of Sympathetic Overload

Anxiety and Stress problems are very common among patients with TMJ disorders. \II have trained many neuromuscular dentists in the use of Sphenopalatine Ganglion Blocks.

Sympathetic overload is common in a host of medical issues made worse by stress. The Sympathetic nervous system controls the “Fight or Flight” reflex. While this reflex can be a lifesaver in some dangerous circumstances it can often become destructive when it goes into overdrive and causes Phobias and Social Anxiety. 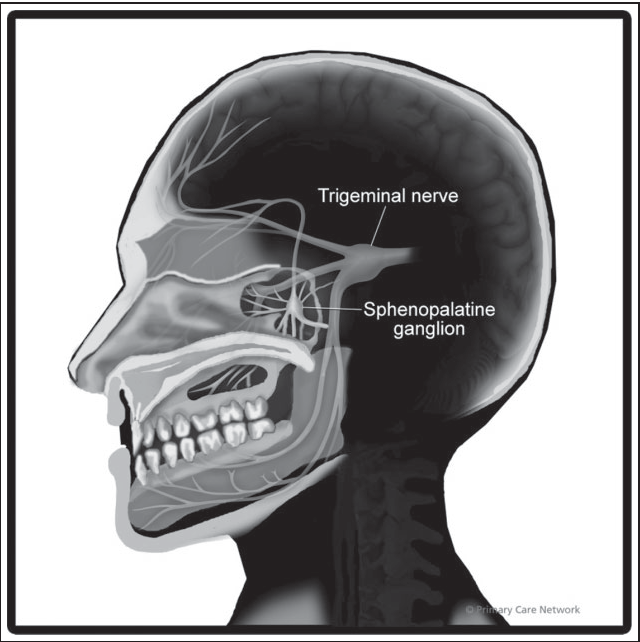 The Sphenopalatine Ganglion (SPG) is the largest Parasympathetic Ganglion of the cranium but just as important for patients with phobias and social anxiety is the Sympathetic nerves of the Superior Sympathetic Chain also pass thru the ganglion.

Social Anxiety Disorder (SAD) is a condition where “normal” social interactions cause severe and seemingly irrational anxiety. This disorder can last for years or even an entire lifetime. Social Anxiety Disorder may seem irrational but may have originally been triggered by a single event or series of events where the Sympathetic nervous system triggered changes in the victim’s brain that repeatedly cause the Sympathetic Nervous System to act explosively during everyday social interactions resulting in irrational anxiety, fear, embarrassment, and extreme self-consciousness.

Social Anxiety like other phobias can be a learned response that appears to be irrational when the original triggers are forgotten or repressed by the brain. Post Traumatic Stress Disorder (PTSD). Social anxiety and Social Anxiety Disorder differ from PTSD because the memory of the precipitating events is lost but the reaction of the autonomic nervous system still responds to those forgotten or hidden memories. Sufferers exhibit avoidance of situations that bring back autonomic symptoms experienced from the trauma. 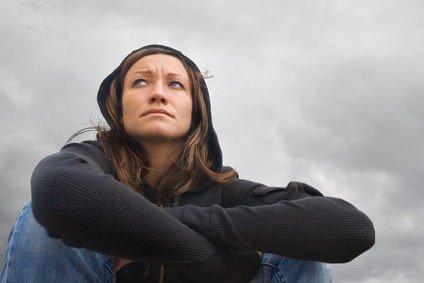 The physical and mental responses have a primarily autonomic nervous system foundation. Turning off the autonomic “Fight or Flight” Sympathetic reflex can be life-changing. Many medications have been utilized over the years to help patients deal with these symptoms. Propanolol (Inderal) is a Beta Blocker that has been utilized to help people overcome this reaction.

Sphenopalatine Ganglion Blocks are utilized for treating a wide spectrum of pain disorders. Originally described in 1909 by Greenfield Sluder for treating Sluder’s Neuralgia (sphenopalatine neuralgia). The Sphenopalatine (Pterygopalatine) Ganglion Block was the subject of a 1930 article, “SPHENOPALATIINE PHENOMENA” in the Annals of Internal Medicine (JAMA) BY Hiram Byrd MD which looked at 10,000 blocks in 2000 patients for a wide variety of medical disorders.

Greenfield Sluder later wrote a medical textbook “Nasal Neurology” which covered the topic in great detail. Unfortunately, the pharmaceutical age arrived and this amazing block became part of “Forgotten Medicine” had it not been for a 1986 popular book “Miracles on Park Avenue” which detailed the medical practice of Dr Milton Reder an octogenarian ENT in New York City who treated thousands of patients from around the world with only Sphenopalatine Ganglion (SPG) Blocks.

I have been utilizing these “Miracle Blocks” since 1986 after a patient gave me a copy of that book and asked me to find someone in Chicago who did SPG Blocks. There were no doctors anywhere in Illinois or Wisconsin utilizing these blocks but a friend who also treated TMJ disorders, Dr Jack Haden in Kansas City knew how to perform SPG blocks and I learned the technique from him.

I initially utilized the blocks to treat patients in my office in a manner similar to Dr Milton Reder but eventually began to teach my patients how to self administer the blocks with cotton-tipped nasal catheters. Originally, I utilized a 10% cocaine solution but switched to lidocaine over 30 years ago. Lidocaine was extremely safe and made self-administration practical.

Self-Administration is key to successful use of SPG Blocks for treating phobias and Social Anxiety because it puts the patient in control or turning off the “Fight or Flight” Sympathetic reflex and turning on the Parasympathetic reflexes, the ‘Feed and Breed” or “Eat and Digest” which turn off stress and turn on feelings of safety and calm. They are the same responses we feel when playing with puppies, kittens or babies.

Treatment of PTSD, Phobias and Social Anxiety is multifaceted but Self-Administered SPG Blocks as an integrated part of the treatment will probably become a Standard of Care in the future.

This website has the most extensive review of all published material on the subject of Sphenopalatine Ganglion Blocks available in a series of Blog posts.

There are multiple patient videos at https://www.reddit.com/r/SPGBlocks/