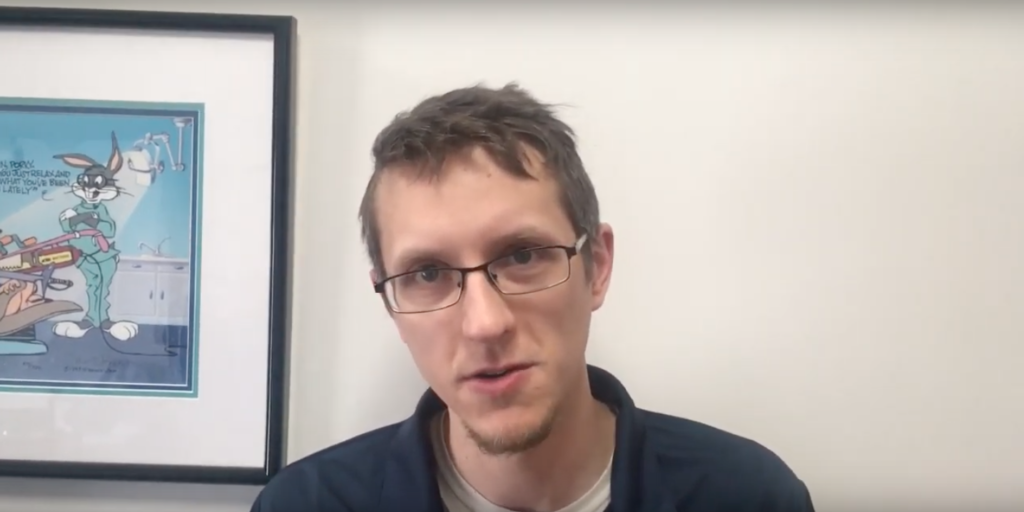 Do you wake up feeling exhausted?

Most patients in Chicago with sleep apnea, or in the midwest in general, feel awful in the morning. As one patient of Dr. Shapira described it, he felt like he woke up with a hangover every day.

Thankfully, things are looking up for him because he started using a DNA appliance.

How do you know if you have sleep apnea? Consider the following symptoms of sleep apnea in Chicago.

Sleep apnea patients aren’t getting a restful night’s sleep. Therefore, their life feels like a major struggle. If you’ve experienced any of the symptoms above, you should talk to Dr. Shapira about trying a DNA appliance.

Jimbo is a patient of Dr. Shapira who has been using an upper DNA appliance for a month. He decided to go this route because of his sleep apnea symptoms, including:

On a scale of one to 10, Jimbo said his sleep quality averaged one to two sleeps each night.

What were his results with the DNA appliance?

Instead of feeling like he woke up with a hangover or a head cold every morning, Jimbo says he experiences none of the symptoms he did in the past. He noticed an improvement in his symptoms within two weeks of wearing the appliance.

Jimbo now says his sleep quality rates a seven to eight every single night (even with two children under the age of two). He’s also excited that he’s seeing these results without having to wear braces or undergo double jaw surgery to fix his much-smaller upper jaw.

Can DNA Appliances in Chicago Improve Your Quality of Life?

Sleep impacts every aspect of your life.

Not getting a restful night’s sleep can leave you groggy, unable to concentrate, and irritable. Daily life is harder than it needs to be.

Contrast that with getting a great night’s sleep. You feel energized, enthusiastic, and ready to take on the day.

DNA appliances in Chicago have helped numerous sleep apnea patients get a better night’s sleep, all without clunky sleep apnea machines or surgery.

It just might help you, too. Why not check it out?

Curious if DNA appliances in Chicago are a good fit for you? Contact Dr. Shapira’s office today to schedule a consultation.